Sign-up for our newsletter to stay connected and get the latest updates on free product giveaways, new product launches, trending industry news and the beyondGREEN life!

on your next order + exclusive offers 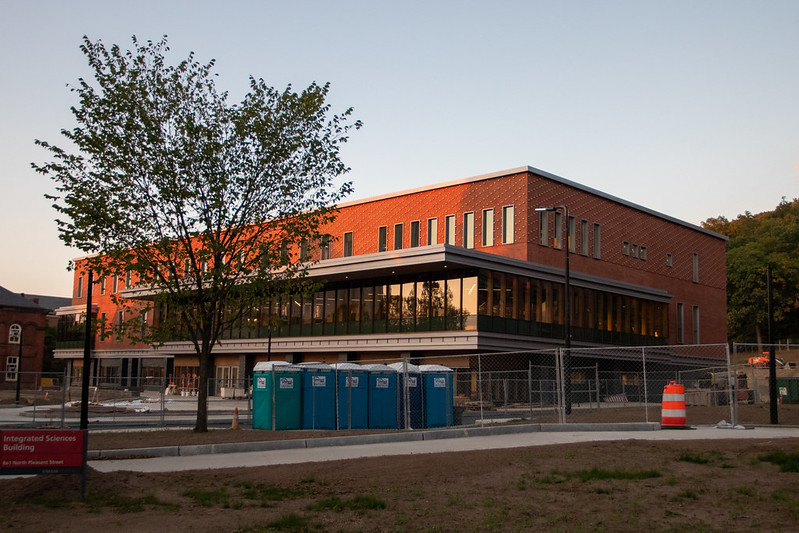 To-go containers are now to be emptied before being recycled, among other changes.

Students can expect to encounter new guidelines regarding the University of Massachusetts’ campus waste system beginning this upcoming semester. While to-go dining containers were previously composted, to-go containers must now be emptied before being recycled. Additionally, compostable products and packaging are no longer accepted along with food waste for composting, as the campus food waste stream is now solely food waste.

Why these new changes?

Laurie Simmons, the sustainability coordinator for UMass Residential Life, has the answers.

Prior to these new changes, campus waste was divided into three separate waste streams: trash, recycling and compost. Since compostable containers and packaging are no longer accepted for composting, the compost stream is now referred to as “food waste.”

UMass is no longer using World Centric compostable to-go containers and cutlery, but rather recyclable containers which community members and campus visitors will be expected to empty out into designated food waste bins before disposing of them in designated recycling bins. Non-recyclable items are to be disposed of in designated trash bins.

“People were having a tough time keeping the compostables out of the recycling because some of them looked like they were recyclable but they weren’t, and that just created a contamination in the recycling stream,” Simmons said.

According to Simmons, when compostable products containing food waste such as the World Centric to-go containers are disposed of in recycling bins, the waste can no longer be recycled and is then considered trash.

“It’s sort of like a missed opportunity because both the food waste and the container could have been diverted from the landfill, from the trash stream,” she said.

Although the updated system will involve an extra step of emptying food waste into a designated food waste bin before disposing of the container in the recycling, Simmons is hopeful that all UMass community members will abide by these new guidelines and contribute to the University’s efforts to become a more environmentally conscious community.

Although the current on-campus student population is smaller due to the COVID-19 pandemic, the UMass community is still generating significant amounts of waste as dining halls and campus eateries are only using to-go containers as opposed to dining plates and silverware.

“There are no dine-in, like eating off of China [silverware] options, even if you are dining in the dining halls, you’re getting your food in a to-go container for public health and safety reasons. So that means every meal is a disposable meal, and that obviously creates much more waste,” Simmons said.

With the University preparing to operate at 60 percent capacity for the spring semester, Simmons hopes to spread awareness of the new campus waste system as students begin the move-in process this week.

“We’re pushing to get this information out widespread in whatever ways we can because we’re bringing back five times as many students [this semester] and we know it’s going to be that much harder,” she said.

Students can expect to see updated signage around campus dining areas and residence halls with instructions on how to properly dispose of food waste, recyclables and trash, and recyclable plastic containers and dining ware will replace World Centric compostable products. Simmons also encourages students, faculty and staff to take the UMass Waste Quiz on the University’s website to learn more.

“Sustainability is obviously super important to every individual whether it’s your field or not,” Simmons said. “These are challenges that we’re up against as a species, so it’s really everybody’s responsibility to do the best they can with the knowledge that they have. We’re just really hoping to support our entire campus community in building up that awareness and knowledge so that they can make the best decisions.”

UMass is currently participating in other projects in an effort to make UMass a more sustainable campus community, such as Bay State Textiles, a textile recycling project which allows community members to donate clothing, linens, bedding and footwear in any condition to collection boxes located in the Southwest Horseshoe and in Central Residential Area.

Sign-up for our newsletter to stay connected and get the latest updates on free product giveaways, new product launches, trending industry news and the beyondGREEN life!